Well, we’ve already dived into several myths about Santa. Some of them were really interesting, and some were pretty scary! Who knew that Santa doesn’t actually have claws? And while we’re at it, wasn’t that cool information about Santa and the Tooth Fairy? We really love Santa, Christmas, and all the wonderful history surrounding the holiday, which is why we wanted to make a list about all the things that are TRUE about Santa.

As we learned in Santa Myths, Santa is very old. Hundreds, if not thousands of years! If you’ll recall, Saint Nicholas was alive around 250 AD, and he’s been delivering gifts ever since then! So, if we’re telling the truth we’re really not sure if he’s immortal or just REALLY old. But either way, he’s dedicated his very long life to giving gifts on Christmas and we believe he’ll be doing it for many more years to come!

He is friends with the Snow Miser

Ever heard of the Snow Miser? That’s okay! Check out The Year Without a Santa Claus, which tells the true story of a year when Santa decided to take a break. While he is off vacationing, yet still hoping that people will believe in him come Christmas, we meet the Snow Miser. The Snow Miser is in charge of all things cold. We won’t tell you the whole plot of the story, but just suffice it to say that when Santa Claus is in the North Pole he needs it to be quite cold. So what does he do when things start getting a little too warm? Calls up his friend the Snow Miser and asks him to chill everything out a little.

So next time you are in need of some snow for sledding or maybe a snow day, contact the big man who can in turn ask his friend for your favor. We all love white Christmases, and we have the Snow Miser to thank for that! 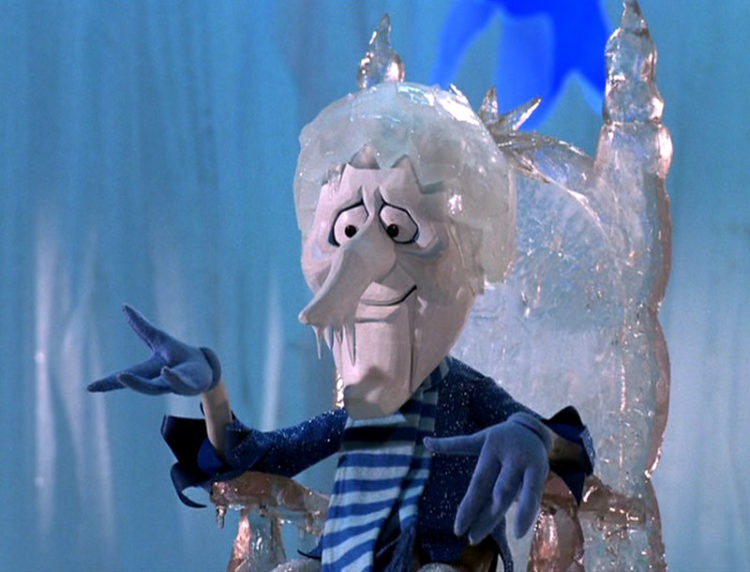 Why does the North Pole need to be so cold? Well, that question is answered in this next Santa fact…

He personally raised each of his reindeer

So, like we said before, Santa enlisted the help of the Tooth Fairy to help him keep track of all the good boys and girls in the world. This was because the world was expanding so quickly, and it was hard to remember every child in the whole world, so the Tooth Fairy gladly stepped in. Well, also around that same time, the need to begin flying in order to deliver gifts to every child in the world arose. Santa could no longer travel on the ground to reach every corner of the Earth, which meant that he needed a way to fly. This was before airplanes were invented, so what did he do?

He decided to raise a few reindeer! 9 to be exact. You see, reindeer can fly, and Santa wanted a fleet who would help him out on Christmas Eve. So, over the course of the next few years he raised 9 different reindeer from small, fuzzy babies. After he gathered together his reindeer fleet he had to practice! He spent the next year (in preparation for the following Christmas) training them to work together, with the leader being Rudolph of course! Once they were trained and he began going all over the world, he realized something—he didn’t know many of the languages that the children of the world spoke! So what did he do?

Santa learned to speak every language that exists!

As we mentioned earlier, Santa is immortal. This means that he’s been able to dedicate many of his years and off-season time to learning all the languages of the world! Can you imagine how difficult that would be? But not for Santa! He is very smart and determined, so he learned every language and still uses them today with his negotiations around the world. The other time this handy skill is needed is when he occasionally runs into a child in the middle of the night as he is delivering his gifts!

Have you ever met Santa Claus? Maybe at a shopping center or party? That’s because Santa loves to meet the children he watches so carefully, and he loves to get to know you! So, if YOU are the child he happens to run into during Christmas Eve, make sure you tell him where the cookies are. After all, you’re already friends, and Santa loves cookies. Although we already debunked the myth that cookies are all he eats, that doesn’t change the fact that he loves to eat them every chance he gets! We leave cookies out as a favor to him, and to say thank you, so if you run into him as you’re going to the bathroom or getting a drink of water, tell him where they are and say thank you for all of his hard work! He will be so happy to say hello to you! 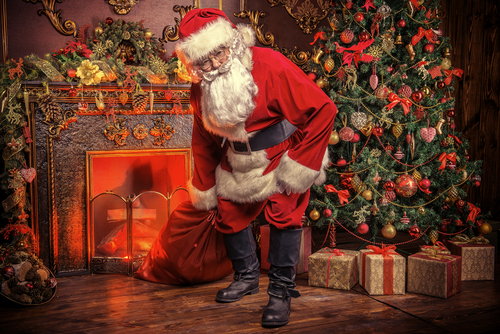 But when Santa isn’t delivering gifts, who makes cookies for him? If he loves them so much, shouldn’t he have them all year round? Fear not, for Santa has a special cookie baker wherever he goes.

Mrs. Claus is Santa Claus’ wife and best friend! They have been married for almost as long as Santa has been delivering gifts each year. We won’t go into the details about how they met and fell in love, but you can relax knowing that Mrs. Claus loves to bake cookies for her husband when they are not vacationing together or learning about the children of the world.

Other facts about Mrs. Claus:

So, now that we know more about Mrs. Claus, what about Santa’s other helpers?

We know you’ve heard of Santa’s helpers before. They’re famous! One of the best looks into their lives that we ever receive is in the movie Elf. These elves have rich, rewarding lives with families and friends up in the North Pole. However, they just cannot get enough of making toys for children. They absolutely love it! Santa recognized this early on when he met a tribe of elves making small toys and gadgets for a small town. He recruited their whole tribe and they have been working for him ever since! They unfortunately aren’t immortal like the big man, but they sure are happy to carry the tradition of making toys down. As always, Burg Children’s Dentist is excited to meet your little ones for a visit. Schedule an appointment during the slow season right now and get it done for the rest of the year!